Letter to the Writing Coach: What are the Rules? 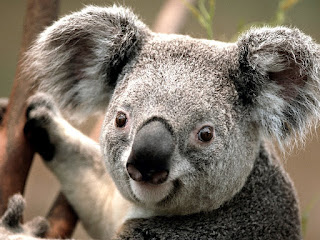 I received this email today...

I have been writing for a few years now. Although I have a lot of writing projects started none of them are completely done. So the only thing that I have published, is a few short articles on the Internet. If you can really call it being published. Over the years I have been told that I use too much dialogue. How much is too much? I have also been told to keep from using the word and. To also keep from using words that end in "ing." And that contractions should only be used in dialogue. So I have tried to take some of that advice. The more I read for pleasure the more I find all the so-called rules being broken.

How much is too much? What are the rules? Are there really any rules to go by in creative fiction? Looking forward to hearing from you soon.

I know writing can be a very frustrating endeavor, and when you find out there are no real "rules," it's even more frustrating. Because, in fact, there are no hard and fast rules. The key to writing well is practicing: like you've never practiced anything. This could mean thousands of hours. Malcolm Gladwell says it takes 10,000 hours of practice at anything to become proficient. I do notice, however, that you are focusing on word choice and word forms and the amounts of dialogue - but these are details. Truly these should not be the first thing you look at as a fiction writer. Rather, you need to focus on your story, the big picture. What is the idea that has captivated you, that you can't get out of your head, that has driven you to write in the first place? Focus on this, and practice writing as you get that idea on paper, and in the process the details will become smoother as well.

There are many writers--some well-published, successful ones that I've known, in fact--who are not detail people. They will never quite get the tenses right, and often they reach for the wrong word. But they have a team behind them, such as an amazing editorial agent and terrific, loyal editor, who believe in their stories and recognize the genius behind their imagination. True story.

Whether or not you are using "ing" words or a lot of dialogue, I would love to hear about what you are writing. The main point is: what is it that interests and engages you?