A Flash of Flash Fiction 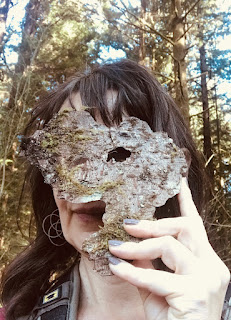 Rifling through notebooks and journals, I find short bursts of writing. Sometimes they turn into flash fictions that find publication, like my piece forthcoming in a Brain Mill Press anthology. But even if they don't find a published home, bursts, or "wildwrites" are great practice.

Wildwriting gets you into that beautiful creative zone where things happen. It's exhilarating, spontaneous, sometimes meditative, fulfilling. Regardless of the product. Sometimes it's goofy, sometimes intense. Thing, is you need to go to a place where creating nurtures you, mentally, but maybe even physically. Go there, often.

Here's a playful wildwrite I did a few years ago (three, but if feels like one with the pandemic effect), writing in a virtual class co-led by myself and wilderness guide and author John Colver.

John was sitting on a picnic bench in the park when he realized writers had descended upon him. It began with the thundering of a helicopter overhead in stark relief against the snow-peaked mountain; then as blades whirred, Melanie, Julie, Sally and Christi descended the ladder with military speed and landed with successive thuds beside him. "There's nothing like a wildfire to serve as a propeller of daily practice," said Christi, feeling like an infomercial. She spit out several feathers, realizing the horrible collision that had just taken place . . . as bits of golden eagle soared like confetti in the sky.

"I think we've got enough writing material," said Julie, looking down at her singed military fatigues, one pocket still flicking with black and gold embers.

"Lemme at that insane chopper pilot," burst out John.

Sally folded her arms. "If we're not going to start, I'll grab one of these books here," she said, turning to the picnic table stack. Melanie wore an unreadable expression.

Somewhere off in the fields, a child shrieked with joy chasing a butterfly. She was joined by two more kids, eons away from classrooms. Summer promised two and a half more weeks, but days were turning like pages with a fierce ripping sound, each flipping into the next.

John was oblivious to all of this, buried in his own notebook, wondering how the team would be of help now.

Christi was still spitting feathers, trying to decide whether to feel guilty and mentally searching a desk drawer for her Sierra Club Hike Leader Certificate. Where was that card? Would they still want her if they knew about her run-in with the eagle? That's what happens when you race to write, she thought.

Even writing can be destructive when one tumbles pell-mell from a chopper. Those boisterous kids probably knew. God, she hoped they didn't find her out.