Inventing Memories: What Happens When You Write Memoir

There's an intriguing article in the New York Times Science section today, "How to Make Memories of Things That Never Were." 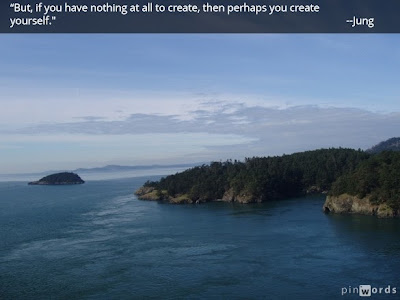 As a writer of memoir and autobiographical fiction, I've noticed something strange. I'm pretty darn sure I have "new memories" of my life which I've created in the writing process.

There is a rewiring of the brain. This makes it hard to recognize which part of the story comes from the original memory and which part is fiction.

It can affect my life in cool ways I never suspected. It helps me distance myself from my story so that I feel much better about the past and less responsible for it. I have shed much shame and embarrassment this way.


Also, as a coach and student of writing, I hear many stories about contradictory memories.

Family and friends argue about what really happened. Oddly, even writing partners can absorb an experience they read about in the other's piece, and begin to think of it as their own memory. It's  spontaneous hypnosis.

My guess is that, much of the time, when writers have had these experiences, they don't know it. They are no longer aware of what part of the story their brain has adopted.

One thing I sometimes do, to separate out the original memory (which even then, is often obscured by gray areas and fiction) from the fictionalized version, is to write the story first. First time through, I include only what I actually remember.  Then I add another layer, making stuff up.


In the end, memory and imagination are intertwined. They work together in mystery, and affect us deeply. There is great delight in letting our minds do whatever creative thing they need to do, while we enjoy the inventive journey without stressing about so-called accuracy.

As Mark Twain said, "Never let the facts get in the way of a good story."