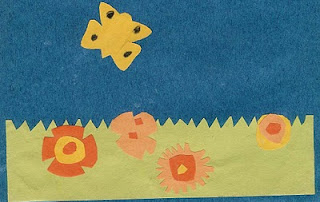 As a gradeschool student of the sixties in Abilene, Texas, all I knew about Veteran's day was that our teachers would teach us "America the Beautiful," "My Country 'Tis of Thee," and "When Johnny Comes Marching Home Again." The classroom bulletin boards would all be decorated with red, white and blue borders and cut-out soldiers from different branches of the military.

I remember one clear, crisp November day, when I was about six years old, my mother and I were going into a TG&Y store and I spotted an old man in a tight-fitting uniform sitting outside the store on the sidewalk at a card table. He was selling little red paper flowers which people would buy and pin to their jackets.

I tugged at my mom’s hand and asked what the flowers were for. She bent down next to me and explained that the flowers were to honor soldiers who had died while fighting in wars. I remembered a few years earlier, seeing my daddy in his soldier uniform. I waws happy he had not died fighting in a war. I looked back at my mom and asked if I could buy a flower. She dug through her pocketbook and handed me a quarter. Slowly and respectfully, I walked to the man at the table, the quarter in my outstreached hand. I asked to buy a flower for the soldiers. He took the quarter with a smile and handed me a little red paper poppy. I ran back to my mother's side and proudly asked her to pin it to my coat.

It wasn't until many years later that I came to understand and appreciate the significance of that bright red paper poppy.

I discovered the poem "Flanders Fields," and lines penned in response by an American woman:

Those two poems made me curious. I learned that by nature, poppies are wildflowers. Their seeds lie dormant in the ground until disturbed. During times of war, soldiers inadvertently, turned up the ground while moving through the fields, and the result was often a beautiful array of new poppies, growing prolifically in areas where most flowers would die.

Today I can't pass a Veteran selling red paper poppies without proudly buying at least one and pinning it to my shirt or jacket in honor of all the men and women whose blood has been shed on fields throughout the world.

Thank you to Wildfire Writer, Peri, for sharing this delightful reflection. Readers, what are your Veteran's Day memories? 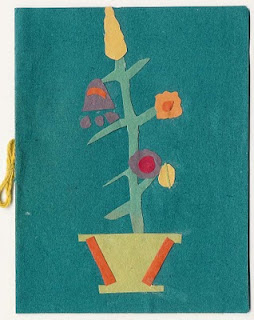 (Photos: Above and below, paper art by Marilyn Perry)